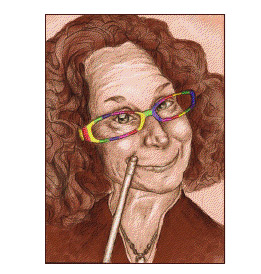 Bee Waterhouse learned at an early age that there can be a fine line between being creative and going cuckoo. Because her parents were accomplished professional musicians, the home she grew up in was a Grand Central Station for eccentric, artist types. Their grand Victorian home especially came to life after dark when musicians, actors and dancers rehearsed into the wee hours, shaking the old timbers to the foundation.Read Full Bio > 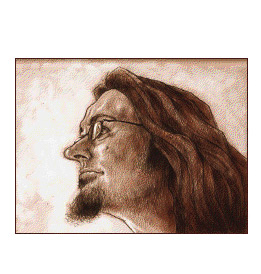 Jason Kolano has been drawing since he could hold a crayon. He developed his talent under the guidance and inspiration of his mother, who is an artist in her own right. Over the last 10 years Jason has honed his skills in drawing caricatures, a form of portrait drawing in which distinctive facial features and peculiarities are exaggerated for comic effect. He is a master at drawing facial expressions—on people and on clocks! Read Full Bio >

Bill Holcombe Jr. was raised in a large musical family. His father was an accomplished, multi-talented musician, and his mother was a professional vocalist. As a child, he and his five sisters sang with his father’s big band and made commercial recordings of children’s songs. He also acted in a couple cereal commercials that aired on national television.

In his teen years, Bill took up the French horn and has had a long professional playing career in the U.S. Continental Army Band and Virginia Symphony Orchestra. Read Full Bio >

Bill Holcombe started playing musical instruments as a young child. He studied piano for six months and quit, but eventually taught himself how to play. By the end of high school, he could play all the woodwind instruments. Flute and saxophone were his favorites. In fact, on the first Piccadilly Circus spread in Misbehaving Clocks, Bill appears in caricature, playing the sax. Although he never played in Piccadilly Circus, he loved to visit London and would have been delighted to be in the middle of Piccadilly Circus or any “circus,” for that matter. Read Full Bio >

L. Derek Leonidoff has been acting since the age of 10, in a variety of film, television and theatrical roles. His passion for the performing arts was instilled early in life by his grandfather, who was vice-president and senior producer at Radio City Music Hall for 42 years, and his mother, who danced as a Rockette at Radio City. Read Full Bio >